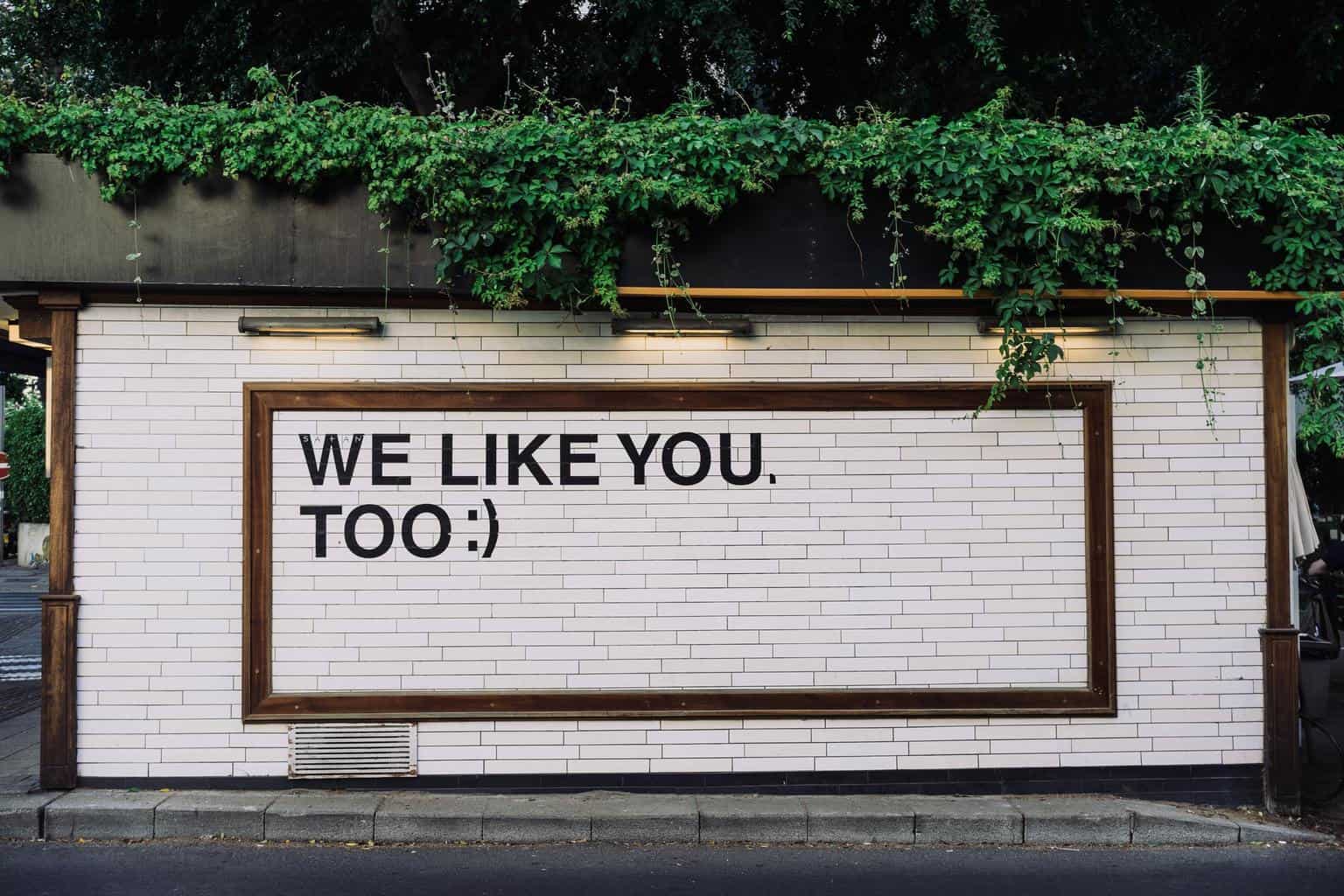 As we enter another week of lockdown, the world as we know it seems further away than ever.  In the last few weeks, we’ve seen some incredible acts of kindness, stupidity and, downright heroism.  Whilst the public adapts to a very different lifestyle, many businesses are facing huge losses and, even bankruptcy.  For the brands who are still standing, social media has become the main way of staying connected to customers – and social media crisis communications has become a critical skill.

With the prospect of further restrictions looming, brands and their social media offerings are tending to fall into two camps – the good guys and the bad guys.  Whilst the good guys are making efforts to help and inform their customers, the bad guys are using their powers for evil by cashing in on the crisis.  As we await our fate for the next few weeks, let’s take a look at the brands who have been making headlines and the results of their content marketing tactics for crisis management as well as their communication strategies for responding to the coronavirus crisis.

Launched in 1986 by Julian Metcalfe and Sinclair Beecham, Pret a Manger specialises in great coffee and snacks made with natural ingredients.  Since its inception, Pret has never been far from the headlines – for good reason.  Initiatives such as handing out food to the homeless at the close of business every day and, offering employment to those living on the streets are just a couple of ways in which Pret has chosen to give back to the community.

Since the Coronavirus became the main topic of conversation across the globe, Pret has closed its stores and turned its talents to its social media channels.  As well as regularly praising the medical services on its Twitter, Instagram and Facebook platforms, Pret a Manger is also using social media to maintain – and increase – engagement with its customers.  This week, Pret used its Twitter account to support and thank customers by sharing the recipe for its most popular cookie – gaining itself hundreds of likes.

The Nationwide Building Society first opened its doors waaaaay back in 1846 – and is still going strong.  Although fairly new to social media, the banking business has recently been using its platforms to reassure its customers as well as sharing useful information on a number of topics including payment holidays, online banking and scams relating to the Coronavirus.   “Lots of good work is being done across and within communities throughout the length and breadth of the UK and we want to do as much as we can,” says Nationwide branch network director, Mandy Beech.

We’re here to help and support you through challenging times, and have put together some information you might find useful on our coronavirus support page: https://t.co/abht3tZ4HY pic.twitter.com/LNEreXnds9

Tourism has been particularly hard hit by the Coronavirus crisis with hundreds of planes grounded and tourist destinations marked as off limits.  Recently, budget airline, Easyjet, announced that its aircraft would be grounded until further notice and, with every day that passes, resorts and hotels around the world are falling by the wayside.  Tourism company My Switzerland has responded on social media by issuing messages of support and a reiteration of the call to halt all travel.  The company has, however, softened the blow by treating its Twitter followers to a virtual tour of the beautiful country to enjoy until they are able to make an actual trip there.

🇨🇭 Unfortunately, holidays in Switzerland are currently not possible. But in the meantime it is allowed to dream. Therefore we would like to bring Switzerland home to you all – with beautiful pictures, emotional videos and entertaining stories! #TakeCare #NeverStopDreaming pic.twitter.com/4MSx55jQlr

The St Louis brewing company responsible for the infamous Budweiser brand, has been actively involved in good works since the 1980s; including an initiative to supply clean water to those who need it.  In response to the current crisis, Anheuser-Busch has now started producing hand-sanitiser in order to help protect healthcare workers and other key staff across America.  The brand is using its social media presence to spread the key messages of the crisis as well as informing customers of its activities.

➡ Thanks to those at @anheuserbusch! They just donated around 7,000 bottles of their own hand sanitizer to the @OHNationalGuard for distribution to those with the greatest need! 👏#InThisTogetherOhio pic.twitter.com/iTX8QMoTB0

The BBC is, of course, renowned worldwide for its eclectic programming and high broadcasting standards and, the BBCi Player is popular with millions of customers for its free streaming service.  As you would expect from the BBC, iPlayer has been prolific on social media in urging the public to follow the Government’s guidelines regarding the spread of the Coronavirus.  BBCi Player has also launched a number of initiatives to help ease the boredom of isolation including competitions, customer engagement posts and the new programming bundle ‘Short enough to watch during your WFH lunch break’.

Set a routine, to get through staying in. 😂 pic.twitter.com/oSpbIoWRL5

We all know Snapchat as the social media platform for sharing pictures and keeping in touch with friends.  During these trying times, Snapchat continues to encourage followers to maintain social distancing and, has also, developed a special lens to help.  My Social Distance is an app which allows users to their distance from others by using the camera on your Smartphone to visualise the two-metre distance needed.

“Our community can help by using the full power of technology while physically distancing – whether to communicate with loved ones, play games with friends or stay informed”.  Hundreds of social media followers have applauded Snapchat for providing a tangible and useful tool with, seemingly, no ulterior motive other than, perhaps, gaining a few more followers.

Unfortunately, as I’ve mentioned, there are those brands who see the global crisis as nothing more than an opportunity to make money – and many aren’t above using fear and panic as motivators.  Some of the branding black hats are:

The multi million brand clothing brand has used its social media messaging almost exclusively to sell its fashion clothing.  In particular, Top Shop has targeted its recent advertising at those working from home and has showcased its lounge and casual wear ranges.  The advertising has angered many social media followers who have taken to Twitter and Facebook to criticize Top Shop’s Chairman, Philip Green, whose personal wealth runs to billions of pounds.  Although it can be argued that the brand is simply trying to stay afloat in uncertain times, a lot of people feel that Green has a duty to use his considerable financial clout to help those who need it.

YOU are paying wages of furloughed staff employed by wealthy tycoons including Sir Philip Green & Matalan boss living in luxury in gilded tax-haven of Monaco.
Claims of loyalty to staff are just claims.
And these billionaires are also looking for bailouts.https://t.co/4a1yNcsrTP

Tesla Takes A U Turn

Tesla founder, Elon Musk, is no stranger to controversy and, recently made headlines with his plans to create brain-reading threads through his company, Neuralink.  Musk is, however, better known for his electric car production company, Tesla, and, it’s this part of his business that has landed him in hot water with social media followers.  As the world struggled to come to terms with the loss of jobs and loved ones, Tesla contravened a direct Government order to conduct only minimal operations at its factory based in California.  Musk has since been scorned for making a massive u turn and insisting that Tesla is ‘determined to do our bit’ during the crisis.  Needless to say, many remain less than convinced.

whenever he’s in the news I feel the irresistible urge to tweet a fact about him, so here it goes: did you know elon musk got his wealth through scamming the government out of billions in subsidies, and rage-cries whenever you bring this up to him? pic.twitter.com/zqi9jXYONe

In early March, the British airline giant was accused of a profiteering double whammy, inviting criticism from its customers.  On news that competitor, Flybe, had gone into administration, British Airways chose to fire up its Twitter account by offering £50 flights to those stranded by the stricken Flybe.  A large number of people viewed this cynical move as a way to profit from both Flybe’s misfortune and that of its customers who had found themselves stuck abroad with no return flight home.

As always, millions of people around the world responded to the scary events with humour – much of which pokes gentle fun at some well known brands.  Some of the best were:

As soon as UK Prime Minister, Boris Johnson, announced restrictions on movement, the country’s social media went into meltdown and, it wasn’t long before DFS became the butt of the joke.  Referring to the fact that the furniture superstore appears to have a sale on 365 days a year, UK Facebookers and Tweeters soon began to make fun of the brand.

Drinkers worldwide have been enjoying the Mexican beer, Corona, since 1988 – only stopping last month when the manufacturer closed its factory due to the Coronavirus crisis.  The beer, which is traditionally served with a lime wedge in the neck of the bottle is a summer favourite – but this didn’t stop the interweb poking fun at the brand.  This was slightly predictable due to the brand name’s similarity to the virus and, indeed, there were reports of sales falling off in February for this reason.

As coronavirus draws near,
America’s feeling the fear
Of COVID-19.
So what does this mean?
A boycott of Mexican beer.#coronavirus#COVID19US#coronabeer#coronabeervirushttps://t.co/ZYstBrry5q

In days gone by, crisis news and media management would largely be handled by the TV, radio and print media – meaning that the public received filtered and edited content, including advertising.  In 2020, social media rules the roost and, policed only by a few flimsy guidelines, anybody can post anything they want – including brands.  This means, in essence, that a brand can make a decision as to how their name is seen during a crisis such as this one.

Many, as we’ve seen in this article, have used the opportunity to offer support and solutions through social media crisis communications.  For others, however, the temptation to turn panic into profit has led to bad decisions – ones which may just affect their business for a very very long time. On the other hand, a brand is never 100% in charge of how it is being depicted in social media and must try its best.

Special thanks to Mike Sadowski from Brand24 for additional data to support this post.

Photo by Adam Jang on Unsplash