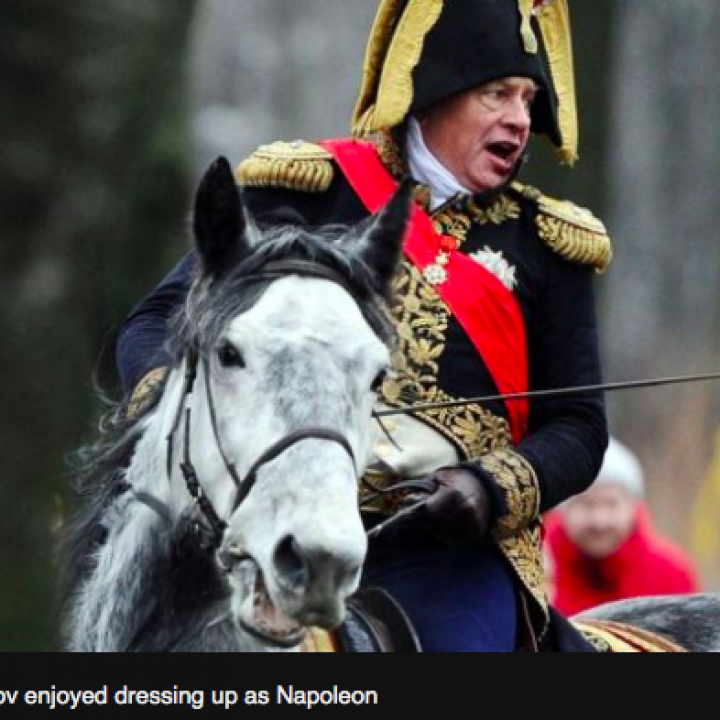 I was shocked today to find out, in the morning news, that the Russian Professor Oleg Sokolov, a military historian of nineteenth century France, killed and mutilated his 24 year old lover. Apparently, the 63 year old professor entered a relationship with Anastasia Yeshchenko, while she was still his student. Everyone was aware of the couple and they felt they had nothing to hide. I suspect that the situation would have raised a few eyebrows as it developed under the gossipy ears of students and academics alike. However, the two lovers were not deterred.

The professor and student co-authored several papers, while they were seen together in reenactment events. They were both dressed up in period costumes and, thus, Sokolov entertained his obsession with Napoleon. Sokolov was a respected academic with a long list of publications, a visiting professorship in Sorbonne and central place in Reenactments. Yeschenko was in the beginning of  her career, which was obviously boosted by the co-authorship of the articles. I will not enter here a much needed discussion about this type of relationships, which abound in academia, even if most of them have been driven underground in the UK. Instead, I will focus on the dreadful murder of the young girl by the celebrated professor.

According to the BBC, Sokolov killed his lover during an argument. Then he cut off her head, arms and legs. The police found him drunk into a river, carrying a bag with the young woman’s hands. He was suffering from hypothermia and he was in shock.

How do you explain the propensity to such extreme violence? I started wondering, if his obsession with Napoleon played any role.

Evidently, the late eighteenth and early nineteenth century in France was much more violent than modern society. Napoleon, at the beginning of his political-military career, seemed to be a supporter of Robespierre, the architect of The Terror in France. During the The Terror, the Revolution turned into an violent regime that saw the execution of thousands of Frenchmen and Frenchwomen. Robespierre himself thought that Liberty cannot be secured unless criminals lost their heads. And criminals were, of course, anyone who opposed the regime. Napoleon moved away from this type of violent politics within Paris but he did not move away from violence. He travelled across Europe, declaring war, organising military expeditions, and allowing hundreds of thousands of soldiers being killed or mutilated throughout his reign.

Professor Sokolov, a renowned military historian, was intimately acquainted with the written and archaeological records of the era that probably provided elaborate descriptions of violent episodes. As he was such a fan of Napoleon, and as he enjoyed dressing up as the French emperor going into battle, we may assume that he identified a bit too closely with the historical figure. During a drunken fight with his lover, how much could he distinguish between reality and fantasy? How much was he imbued in historical distortions?

I am not going to attempt reconstructing his psychological profile at the time of the murder. I would just like to comment that such a passion for history is bad for our health, if it is unchecked.

The information in this article come from https://www.bbc.co.uk/news/world-europe-50365124

Women’s Migration and Home in Chinese and Sinophone Culture