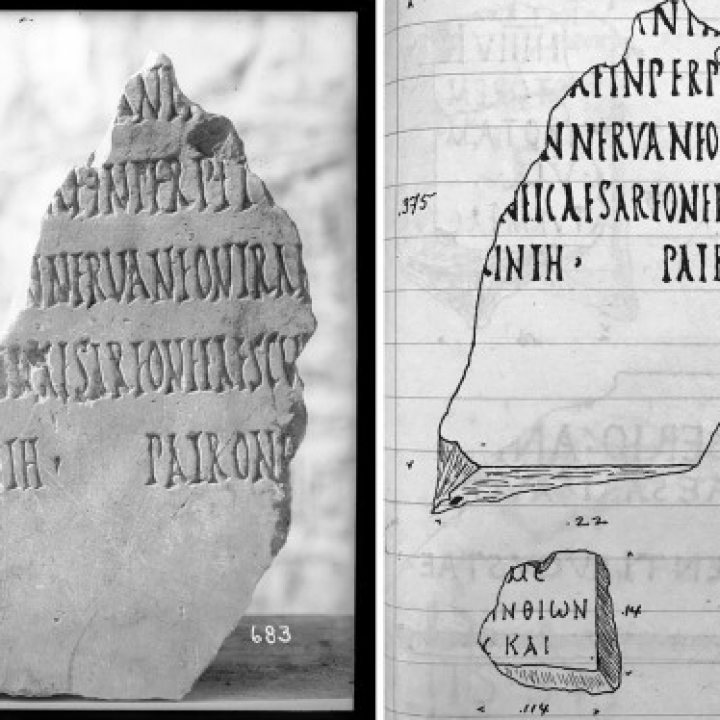 Recently a few photographs appeared in the Facebook page of the American School of Archaeology at Athens. They were photographs of the diaries of the first American archaeologists who excavated Ancient Greek Corinth. The excavations started at the end of the nineteenth century in 1896 and by now we have diaries that cover this year until 2007. Specifically, there are 1116 excavation diaries (digitalised) of around 200 pages each. This is a wealth of information for modern archaeologists of ancient Corinth as well as historians of the late nineteenth and early twentieth centuries. 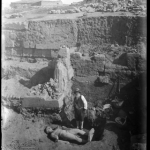 As you probably already know, Corinth was one of the most significant cities in the ancient Greco-Roman world. It played pivotal role in the Peloponnesian war, in the Macedonian wars, and later, in the establishment of Roman power and the gradual colonisation of Greece. The decision of the Americans to undertake the excavations of such an important city, which was so close to Athens, was not an accidental (or incidental) one. It was part of the modern attempts by the Great Western Powers to culturally colonise Greece after the foundation of the Modern Greek State in the early nineteenth century; a Greece that may have been poor in money and power but was certainly wealthy in tradition and history. So wealthy, that it influenced the western civilisation as a whole. 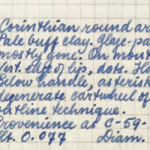 A similar process of cultural colonisation was followed also in the centre of nineteenth and twentieth century Athens. Yiannis Hamilakis describes it eloquently in his article “Double Colonization: The Story of the Excavations of the Athenian Agora (1924-1931)” in Hesperia  82:1 (2013). Through the clashes between evicted residents and the archaeologists who excavated the Athenian Agora, he analyses a complex process of double colonisation: the colonisation of Greece by the ideals of Hellenism and the colonisation of the specific locality by modern archaeology.

As you read the article, it is intriguing to watch the diplomatic games unfolding in the shadow of the $250.000 dollars that the Rockefeller Foundation donated for the excavations. As the Americans demanded undivided loyalty from the Greeks in their vision of the Athenian Agora, animosity against the project seemed to become deeper. The excavations eventually became the National project of two countries, Greece as well as the United States of America. It also became the battleground of nationalist ideologies for people (Greeks as well as Americans) who claimed to be descendants of the ancient Greeks. The only losers in this process were the poor displaced residents of the area.

It looks like the excavations at Corinth were not marred by similar dramatic developments. Still, they were used in the forging of two disparate national identities, the Greek one and the American one. Consequently, the importance of the archaeological investigations remains significant for the study of the ancient and the modern world alike. This importance was acknowledged in the US in 1932, when the benefactor Ada Small More donated a substantial amount of money towards the building of the modern museum in Corinth. Almost two decades later – in 1950 – the same benefactor arranged the expansion of the museum, which desperately needed to host the new findings. 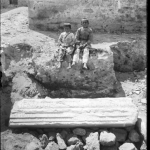 The visitor today can attest to the glory of the ancient city, when she or he sees the Roman agora, the temples, the baths. I mention the Roman buildings because very few Greek monuments survived the animosity of the Roman conquerors that levelled the city in 146 BC. Even so, we can still see Apollo’s temple from the 6th century BC; the temple was known to the second century AD travellers Pausanias and Plutarch who describe it for the benefit of future generations.

The site attracts around 200,000 tourists a year, even if it is off the main track of known antiquities. And, as if tourists were not enough, the archaeological site is used for the training of new students of archaeology. If you ever visit Ancient Corinth during the summer, you will see them toiling under the scorching sun! Currently the archaeological site is far away from the city of Corinth. I have been lost more than once trying to find it, while using only the ambiguous signs. GPS technology, since then, made my life infinitely easier, though not as interesting.

But what would the site have looked like more than a century ago? You can imagine the few American archaeologists -predominately from affluent families – that descended upon the rural countryside at the end of the nineteenth century. At that time, people were poor farmers that barely survived after hard winters. The archaeologists brought plenty of money with them, which they used either to rent the fields or buy them outright. The farmers traded their agricultural activities for archaeological ones. The Americans would have hired at least 100 people at a time to dig the area. They received a substantial salary that allowed them to leave their fields and their crops for the duration of the excavations.

And if one of the locals wanted to ask “What did the Americans do for us?” (apart from colonising the area and buying off the land and its people)… well… they actually brought sanitation in the area. In this region people suffered chronically from malaria and typhus. The Americans attempted to close the open wells, and purified the water with chlorine. They also re-routed the waters in order to drain the swamp. Despite local suspicions, they managed to enhance the life of the people in the region. 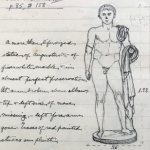 The archaeological diaries of Corinth may sound tedious for the non-expert but they hide historical truths about the ancient Corinthians as well as the modern ones. At this point, I would not like to bore you with details related to the stratigraphy, the note taking, or the description of the artefacts. For more information on those, visit the following article by Meropi Kokkini here https://www.lifo.gr/articles/archaeology_articles/251926/selides-apo-ta-imerologia-ton-amerikanon-arxaiologon-poy-eskapsan-stin-korintho . Sorry, it is in Greek but for those who are determined Google Translate can do miracles!

I would urge you, though, to take a closer look at the photos with the amazing material coming straight from the past.

Agro-Business in the Roman World

What to watch and explore this week