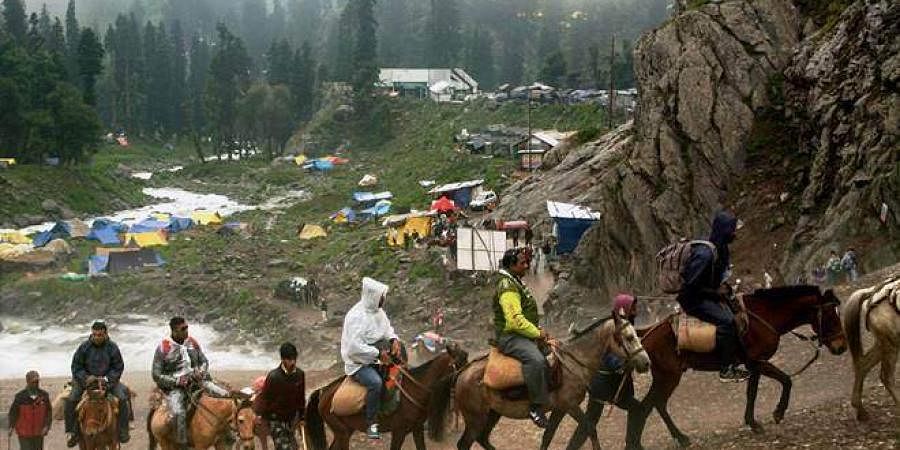 Chinese objections to border infrastructure improvement on the Indian side have now extended to Uttarakhand. The Chinese military has raised objections on a structure near the borders in Lipulekh area which was meant to safeguard Mansarovar Yatris from the vagaries of weather and terrain. Nepal had earlier objected to the new road to Lipulekh Pass.

“Chinese have raised objection on the temporary shelter Hut constructed about a kilometre inside the Indian side from the border,” a source said.  It is a hut prepared for Mansarovar Yatris to safeguard them from extreme cold, rain and assist them in case of any medical help needed, added the source.

On the contrary, sources informed, the Chinese side has built roads coming as near as about two hundred metres to the Lipulekh Pass where they have placed their communication and surveillance equipment.

Indian Army and Chinese Army clashed at Naku la in Sikkim and at Finger 5 on Northern flank of Pangong Tso Lake at the beginning of May month and since then they are in standoff position in Eastern Ladakh. Chinese objected to Indian road construction at Finger Four and in Galwan Valley. Uttarakhand objection was raised subsequently.

“This area has been peaceful but Chinese brought the issues after the May standoff in Ladakh and since the road to Lipulekh Pass on the Indian side was inaugurated on 8 May,” the source said. The Chinese have increased their patrolling and we have matched it as required, told another source.

In an unexpected move, after the road was inaugurated, Nepal for the first time extended its claim from Kalapani to further include Lipulekh and Limpiyadhura as its territory and also objected to the road to Lipulekh Pass, gateway to Mansarovar.

Pilgrimage to Kailash-Manasarovar is considered sacred and revered by Hindus, Buddhists and Jains,

The decade-old plan of 80-kilometre road link from Dharchula (Uttarakhand) to Lipulekh (17, 060 ft high) was inaugurated by Defence Minister Rajnath Singh on May 8 and was aimed to improve border area connectivity and to ease the trek. The altitude in this stretch has a steep rise from 6,000 to 17,060 feet, making the journey arduous. The road ends 5 km short of Lipulekh Pass.

“It is difficult to stay long at the pass due to height, extreme cold and unpredictable weather thus the Yatris used to be sheltered in the hut before they cross to the Chinese side.” The crossover at the boundary is planned in the early morning with Chinese receiving the Yatris on their side.

Petrol price hiked by 54 paise per litre, diesel by 58 paise