Coronavirus Outbreak LATEST Updates: 1282 more cases were reported in Delhi in the last 24 hours. Total number of cases in the National Capital is now at 28,936.

The Uttarakhand government issued orders allowing malls, restaurants, hotels and religious places outside containment zones and municipal area of Dehradun in the state to open from 7 am to 7 pm, reports ANI. According to the guidelines, pilgrims from other states will not be permitted till further orders.

A 37-year-old Central Reserve Police Force jawan suffering from cancer has succumbed to COVID-19, taking the total number of deaths due to the disease in the country’s largest paramilitary force to three, officials said on Sunday.

1,515 more coronavrius cases and 18 deaths were reported in Tamil Nadu today. Total number of cases in the state mounted to 31,667 while the death count rose to 269.

Kerala on Sunday reported 107 new cases taking the number of active cases in the state to 1,095. 803 persons have recovered int he state so far.

239 new COVID-19 cases were reported in Karnataka in the last 24 hours, taking the total number of COVID19 cases in the state to 5452, according to the bulletin issued by the state health department.

“The Central govt safely ferried 1.25 crore migrants to their destinations after health infra was ramped up to meet their needs,” PTI  Union home minister Amit Shah as saying during his Bihar Samvaad virtual rally.

Haryana on Sunday reported 191 COVID-19 cases, including 78 from the worst-affected Gurgaon district, as the infection tally breached the 4,000-mark, according to the state health department’s bulletin. With the fresh cases, the virus count in Gurugram, which falls in the national capital region, rose to 1,770.

The worldwide death toll from COVID-19 has surpassed 4,00,000, according to a tally by Johns Hopkins University that health experts say is still an undercount because many who died were not tested for the virus. Worldwide, at least 6.9 million people have been infected by the virus, according to Johns Hopkins.

As many as 92 new COVID-19 positive cases reported in Assam in the last 24 hours, said Assam minister Himanta Biswa Sarma.  Total cases in the state now stand at 2,565. However, 27 more patients  were also discharged, taking the total number of those discharged to 615 and the number of active cases stands at 1,943.

Kicking of the the Bihar elections campaign, home minister Amit Shah will address a virtual rally – the BJP’s first – at 4 pm. Ahead of the rally, RJD leaders and workers staged protests, beating utensils and blowing conches against what their leader Tejashwi Yadav dubbed as the ruling party’s celebration of the devastation caused by COVID-19 and the lockdown.

Delhi chief minister Arvind Kejriwal said borders with Haryana and Uttar Pradesh will be opened from Monday. He added that government and private hospitals will only treat people from Delhi, while hospitals run by the Centre will remain open to all.

All restaurants, malls and places of worship would open from tomorrow in the National Capital. Hotels and banquet halls will remain closed, he added.

A senior officer at the Delhi Disaster Management Authority has tested positive for COVID-19, as per ANI. This, as 1,320 new COVID-19 cases were reported in the National Capital over the past 24 hours, taking its total to 27,654.

A total of 46,66,386 samples have been tested till now for coronavirus, according to the Indian Council of Medical Research.

Delhi is likely to see at least one lakh COVID-19 cases by end of June as per a projection made by the five-member committee formed by the Delhi government.

The cases in India rose to 2,46,622 on Sunday, making it the fifth worst-hit country by the coronavirus pandemic.

According to Union Ministry of Health and Family Welfare, which releases India’s official figures everyday at 8 am, on Saturday, the country recorded a spike of 9,887 cases and 294 deaths in 24 hours since 8 am Friday, taking the total cases to 2,36,657 cases and toll from the virus to 6,642.

As per official figures, India is the sixth-worst affected country by COVID-19 after the US, Brazil, Russia, Spain and the UK, however, an unofficial tally put the total number of infections in the country at over 2.45 lakhs, surpassing Spain in less than 24 hours after it raced ahead of Italy.

Spain so far has recorded 2,41,310 cases, according to Johns Hopkins University data. 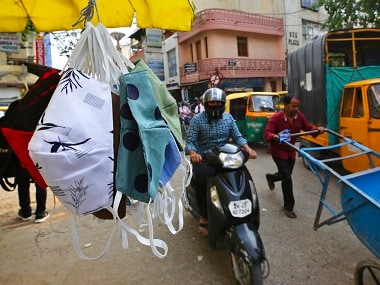 “A total of 8,192 cases are being reassigned to states,” the ministry said on its website, adding “our figures are being reconciled with the ICMR.”

Meanwhile, even as some states and Union Territories prepared to open religious places, hotels and restaurants under phase-1 of the Unlock plan announced by the Ministry of Home Affairs, COVID-19 infections and fatalities continued to rise.

In Tamil Nadu, 19 more succumbed to the viral infection pushing the total number of COVID-19 casualties in the state to 251. The state also reported 1,458 new cases — of which 1,146 were detected in Chennai—taking the overall case count to 30,152. This is the seventh consecutive day the state is witnessing more than 1000 cases.

The number of active cases in state stands at 13,501 as over 16,000 persons have recovered from the disease.

Odisha reported its highest single-day spike in COVID-19 cases after 173 more people tested positive for the disease, taking the total tally in the state to 2,781. Of the 173 new cases, 150 were in quarantine centres, where people returning from different states are staying. Twenty-three others were detected with the infection during contact-tracing exercises, a health department official said.

Uttar Pradesh registered 370 fresh cases on Saturday, taking the number of confirmed cases to 10,103 even as the number of casualties rose to 268, with 11 fatalities. Principal secretary, health, Amit Mohan Prasad said the number of active cases in the state was 3,927 and the number of those who have recovered and been discharged from hospitals was 5,908.

Prasad stressed on maintaining utmost vigil during the month of June saying it was most crucial since the migrants and others were returning to the state and there is a need to remain alert for checking the spread of the virus.

The COVID-19 case count in Kerala climbed to 1,807 after 108 more tested positive and one more person died of the viral infection. Former Santosh Trophy footballer E Hamsakoya (61), who had returned from Mumbai, and tested positive, succumbed to the virus on Saturday. Five members of his family, including two grandchildren, have tested positive and are under treatment.

Of the fresh cases, 64 had come from abroad and 34 from other states, including Maharashtra (15), Delhi (8) and Tamil Nadu (5) while ten people were infected through contact, said a release issued by the state health department.

Goa, too, recorded a rise as 71 new infections took the COVID-19 case count in the state to 267, including 202 active cases. Earlier in the day, state health minister Vishwajit Rane had attributed the rise in cases to the situation in Vasco’s Mangor Hill area, which has been declared a containment zone.

“The spike in cases in Goa is due to cases from Mangor Hill, which are a result of local transmission and not community transmission. The Goa government is ready to face any situation to ensure the safety of its people,” PTI quoted the minister as saying.

Maharashtra, the worst-affected state, recorded 2,739 new cases and 120. Total number of positive cases in the state is now 82,968, including 37,390 discharges and 2969 deaths, ANI quoted the state health department as saying.

No trial of clothes in Punjab shopping malls

The Punjab government issued guidelines ahead of the re-opening of malls, religious places in the state from 8 June, even as the state registered 435 cases and 17 deaths, taking the total number of cases to 7738 and toll to 311.

According to guidelines trial of clothing shall not be allowed in shopping malls, while places of worship will remain open 5 am and 8 pm but will be barred from distributing ‘prasad‘.  The maximum number of persons at the time of worship shall not exceed 20 with due distancing. The fresh guidelines also provide for a token-based entry to malls and make it mandatory for mall visitors to have ‘COVA’ app on their phones.

The Haryana government has decided to allow reopening of places of worship and shopping malls for public in a regulated manner across the state from 8 June, except in Gurgaon and Faridabad districts worst-hit by COVID-19, according to a statement issued on Saturday.

Apart from this, hotels, restaurants and other hospitality services would be reopened with generic preventive measures across the state. The timing of opening for all would be between 9 am and 8 pm to ensure compliance of night curfew between 9 pm and 5 am, it said.

According to News 18, Uttar Pradesh also allowed the re-opening of religious places with the prior approval of the district administration. According to the guidelines issued by the state government, not more than five devotees at a time will be allowed inside a temple at a time.

In Delhi, which has reported over 26,ooo cases and 700 deaths, the Arvind Kejriwal-led state government issued orders prohibiting hospitals from turning away suspected COVID-19 patients.

No hospital can now deny admission to “suspect” patients. pic.twitter.com/Sodij7KdCC

The order comes on the back of family members of COVID-19 patients alleging that they were denied entry by hospitals.

The Delhi government will depute medical professionals at all hospitals who will update availability of beds for coronavirus patients at an official app and ensure admission of such patients, he said.

As of today, no dearth of beds. Against 8645 total available beds, 4038 occupied n 4607 vacant. These are real beds, not mere figures. As of today, sufficient beds available. But some of them refuse admission. We won’t permit their mischief. Give us a few days. We r at it https://t.co/z8SGrRXeiO

The chief minister also rubbished claims that COVID-19 tests have been stopped in Delhi, and asserted that the number of tests conducted in the city is the highest in the country. He, however, said the testing capacity is limited and it will be overwhelmed if everyone went for the test, adding that asymptomatic persons should not go for it.

Meanwhile, a five-member panel set up by the AAP government suggested that the health infrastructure of the city should be used only for treating residents of the National Capital, in view of the raging COVID-19 crisis, sources told PTI.

The panel, headed by Indraprastha University vice-chancellor Dr Mahesh Verma, has submitted its report to the government in which it has said that if Delhi health infrastructure is open for non-residents, all beds will be occupied within just three days, according to the sources.

The state government also registered a complaint against Sir Ganga Ram Hospital, a private hospital designated for the treatment of COVID-19 patients for allegedly violating COVID-19 regulation norms as specified under the Epidemic Diseases Act, 1897.

Meanwhile, the Tamil Nadu government on Saturday capped the charges in private hospitals for COVID-19 treatment at Rs 15,000 per day in ICUs, in general ward the maximum is Rs 7,500.