The Maharashtra government on Monday sounded an alert in Mumbai and neighbouring districts in view of the approaching cyclonic storm “Nisarg”, which is expected to hit the state’s coast on 3 June.

Ten units of the National Disaster Response Force (NDRF) have been deployed in vulnerable districts, while six others have been kept on a stand-by, officials said. 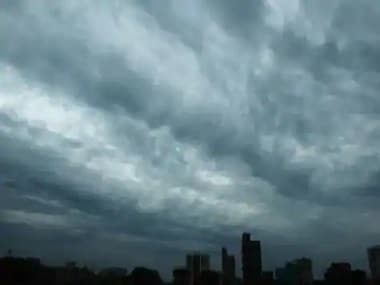 Steps are being taken to ensure there is no disruption of power supply at a time when the state is battling the coronavirus crisis and thousands of patients are undergoing treatment in various hospitals, they said. Adequate precautions are being taken to safeguard chemical and atomic energy plants located in coastal Palghar and Raigad districts.

Thackeray, in a statement, said an alert has been sounded in Mumbai city, Mumbai suburban district, Thane, Palghar, Raigad, Ratnagiri and Sindhudurg districts in view of the cyclonic storm developing in the Arabian Sea. The state Disaster Management and Relief and Rehabilitation department is also geared up to face the cyclone, he said.

Shah held a discussion with Thackeray on video conference to take stock of the state’s preparedness. Thackeray apprised Shah about the situation and steps being taken to tackle it, a statement from the Chief Minister’s Office (CMO) said.

Shah told Thackeray NDRF battalions from neighbouring states have been kept on a stand-by for relief and rescue operations, if required, the statement said.

Thackeray said shelter homes are being kept ready for those who are required to be shifted to safer places, it said. The Coast Guard has been asked to ensure fishermen come back from the sea.

In low-lying areas of Mumbai, slum-dwellers will be shifted to safer places. Non-COVID hospitals will be made available for those needing medical assistance.

Thackeray asked authorities to examine if field hospitals can be shifted to safer places. He also asked for generators to be kept in hospitals so that patients do not suffer in case of disruption in power supply.

The India Meteorological Department (IMD) on Monday said the low-pressure area formed over the Arabian Sea has intensified into a depression and it will further intensify into a cyclonic storm in the next 36 hours.

It said the the cyclonic storm will cross north Maharashtra and south Gujarat coasts late in the evening on 3 June.

Meanwhile, Palghar district collector Kailas Shinde on Monday asked fishermen not to venture into the seat. A similar warning was issued by his Thane counterpart Rajesh Narvekar.

Addressing a news conference, Shinde said a total of 577 fishing boats had gone out in the sea of which 100 are yet to return. Efforts were on to get them back with the help of the Coast Guard, Shinde said.

He said talukas of Vasai, Dahanu and Palghar have been put on an alert and those living near the coast in ‘kutcha’ houses would be evacuated and lodged in safer places as a precautionary measures.He said two companies of the NDRF have arrived in Palghar district.

In Thane district, too, one company of the NDRF has deployed.