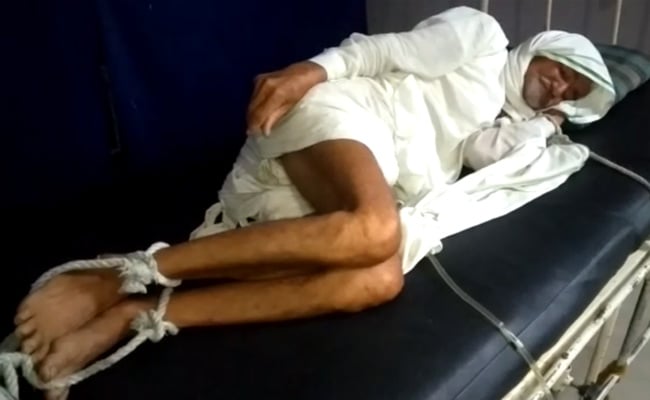 The man’s family alleged that his legs and hands were tied after he failed to pay Rs 11,000.

In a shocking incident of alleged medical indifference, an elderly man was tied to a hospital bed in Madhya Pradesh after he allegedly failed to make payment of fees for his treatment. The hospital, however, claimed that he was having convulsions and as a result had his hands and legs tied so that he could not hurt himself.

Chief Minister Shivraj Singh Chouhan has taken note of the matter and has promised to take strict action against the Shajapur-based hospital. The district hospital has also ordered a probe into the matter.

The man’s family alleged that the hospital administration tied his legs and hands to bed after he failed to pay Rs 11,000.

“We had deposited a bill of Rs 5,000 at the time of admission but when the treatment took a few more days, we did not have the money to pay the bill,” said his daughter.

The doctor also added that the hospital had waived off their bill on humanitarian grounds.

Taking note of the death and the claim, the Shajapur district administration ordered an inquiry into the matter.

‘Darkish’ Season 3 Is Coming To Netflix On June 27 Just In Time For the Final Cycle’s Finish!