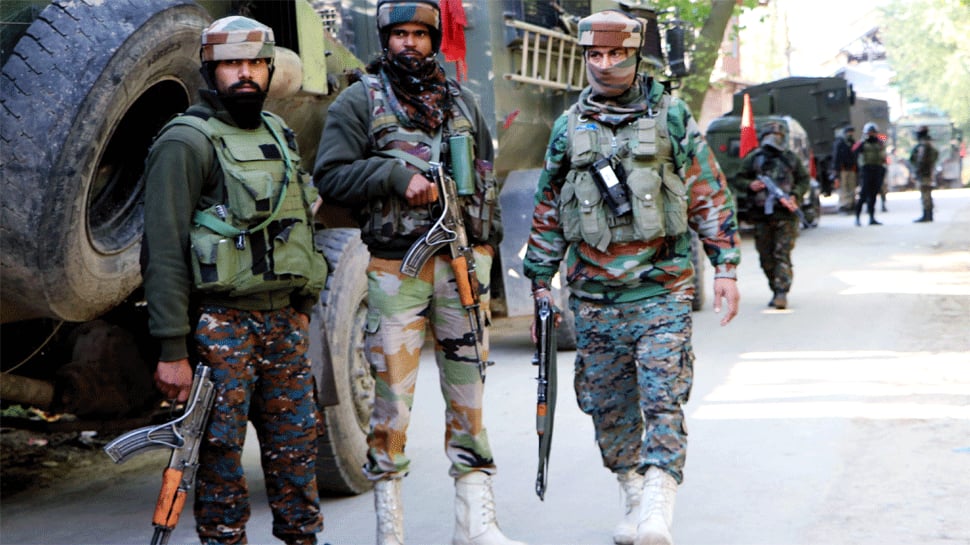 The security forces on Sunday (June 7) killed one more terrorist during an encounter in Shopian district of Jammu and Kashmir, thus taking the total number of terrorists neutralised in the operation to four. An encounter is underway between terrorists and joint forces of 178 battalions of Central Reserve Police Force (CRPF), Rashtriya Rifles and Special Operation Group in the Shopian district.

“So far three unidentified terrorists have been killed. The operation is going on and further details shall follow,” the official Twitter handle of Kashmir wrote earlier, thus confirming the killing of three terrorists by Indian forces.  The encounter, which broke out between security forces and terrorists on Sunday morning at Reban village in Zainapora belt of south Kashmir’s Shopian, had been going on for several hours now.

According to reports, at least 5-6 terrorists were believed to be holed up inside a house in the area. Meanwhile, the authorities have snapped the internet service in Shopian and Kulgam districts as a precautionary measure following the break out the gunfight.

T.N. loses 85% of GST revenue in April due to lockdown