Ancient humans and Neanderthals, and Denisovans, were genetically closer than polar bears and brown bears, and so, like the bears, were able to easily produce healthy, fertile hybrids according to a study, led by the University of Oxford’s School of Archaeology.

The study, published in the journal Proceedings of the Royal Society B , shows that the genetic distance values between humans and our ancient relatives were smaller than the distance between pairs of species which are known to easily hybridize and have fertile young.

Professor Greger Larson, Director of the Palaeogenomics & Bio-Archaeology Research Network (PalaeoBARN) at Oxford and senior author of the study says:

“Our desire to categorise the world into discrete boxes has led us to think of species as completely separate units. Biology does not care about these rigid definitions, and lots of species, even those that are far apart evolutionarily, swap genes all the time. Our predictive metric allows for a quick and easy determination of how likely it is for any two species to produce fertile hybrid offspring. This comparative measure suggests that humans and Neanderthals and Denisovans were able to produce live fertile young with ease.”

The long history of mating between Denisovans, humans, and Neanderthals has only recently been demonstrated through the analysis of ancient genomes. The ability of mammalian species, including ancient humans, to produce fertile hybrid offspring has been hard to predict, and the relative fertility of the hybrids remains an open question. Some geneticists have even said that Neanderthals and humans were at the ‘edge of biological compatibility’. 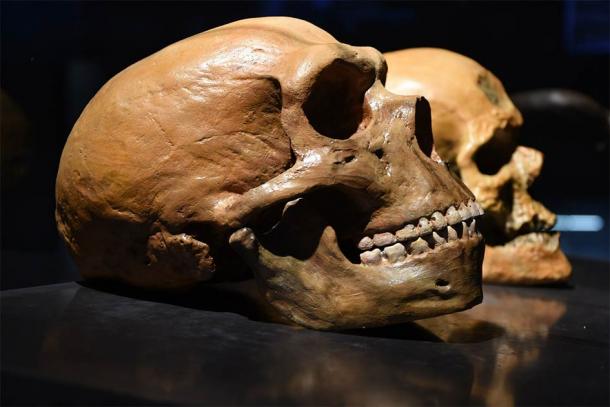 The long history of mating between Denisovans, humans, and Neanderthals has only recently been demonstrated through the analysis of ancient genomes. ( Bruder /Adobe Stock)

To address this question, the team developed a metric using genetic distances to predict the relative fertility of the first generation of hybrids between any two mammalian species. They did so by analyzing genetic sequence data from different species that had previously been shown to produce hybrid offspring.

By correlating the genetic distance with the relative fertility of the hybrid offspring, the team showed that the greater the evolutionary distance between any two species, the less likely it is that the offspring between them would be fertile. In addition, the team used the distance values to determine a threshold of fertility.

They tested the proxy using known mammalian hybrids including several cat breeds popular on Instagram – including Chausies, Bengals, and Savannahs. In all these breeds, the first generation male hybrids are sterile. 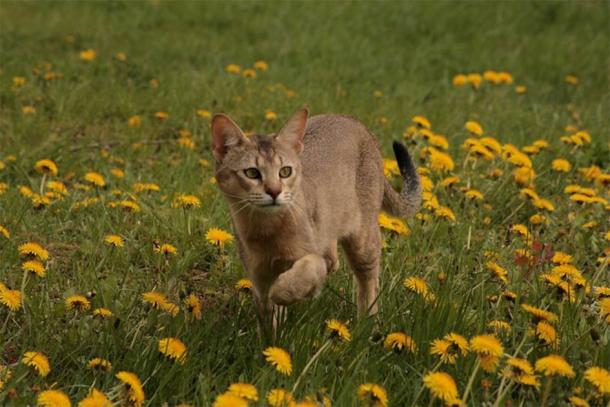 A chausie. (Wilczakrew/ CC BY SA 3.0 ) The team also looked at the cases of Chausies, Bengals, and Savannahs.

To regain fertility, while maintaining some wild felid characteristics, such as the Bengal’s leopard-like spots, cat breeders must backcross the first generation female offspring with male domestic cats to establish a breeding population of pets. The team’s analysis showed that pairs of species with larger genetic distance values required more backcrosses with domestic cats before the hybrid fertility was restored.

Comparing Human and Neanderthals with Other Mammals that Create Hybrids

When the distance values between humans and Neanderthals (and Denisovans) were calculated, they were even smaller than the values between several pairs of species which are known readily and easily to hybridize – including polar bears and brown bears, and coyotes and wolves. This analysis suggests we could have predicted the existence of Neanderthals and Denisovans in our genomes as soon as the first genetic sequences were generated. 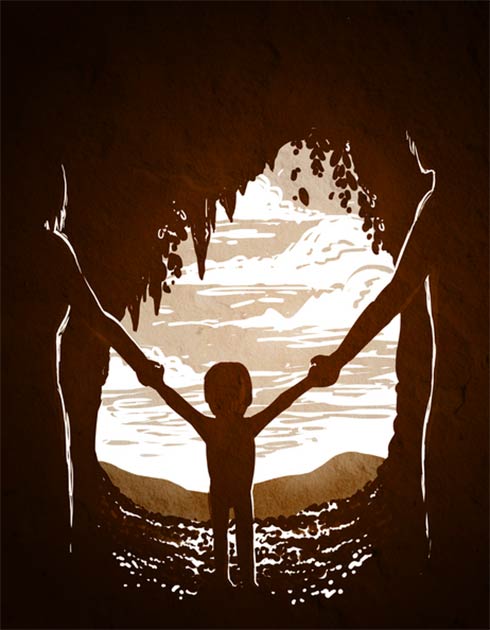 Drawing of a Neandertal mother and a Denisovan father with their child, a girl, at Denisova Cave in Russia. ( Petra Korlević )

This proxy can also be used to predict the likelihood that any two mammal species can give birth to live hybrids, a useful tool that can be used in decisions about whether to place animals together in zoos.

“Many decisions in conservation biology have been made on the basis that related organisms that produce hybrids in captivity should be prevented from doing so. Such an approach has not considered the significant role that hybridisation has played in evolution in the wild, especially in populations under the threat of extinction. Our study can be used to inform future conservation efforts of related species where hybridisation or surrogacy programs could be viable alternatives.”

Top Image: Research out of the University of Oxford shows that humans and Neanderthals were more compatible than some people think. Source:   Musée des Confluences

This article was first published as a press release titled ‘ Humans and Neanderthals: less different than polar bears and brown bears .’ It has been edited for style and length.